“Clipless” bicycle pedals, in which a steel cleat attached to the sole of the rider’s biking shoe clips in and out of a mechanism in the pedal, are very popular with cyclists. They maximize pedaling efficiency, plus they help prevent riders’ feet from accidentally slipping off the pedals when going over rough terrain. However amputees find them very difficult to clip into and out of because of the rotational motion of the foot required to do so. Parker Eads, a below-the-knee amputee who lost his leg in a motorcycle accident, explains in a recently released YouTube video on his experience with the MagLOCK Bike Pedal (https://youtu.be/bCAfz9G3PTQ): “I would never clip in (with a mechanically clipping pedal) because it’s super hard, the positioning of your feet is really hard… You don’t have a lot of flexibility or capabilities with moving your prosthetic foot because you don’t have muscles to move it.” 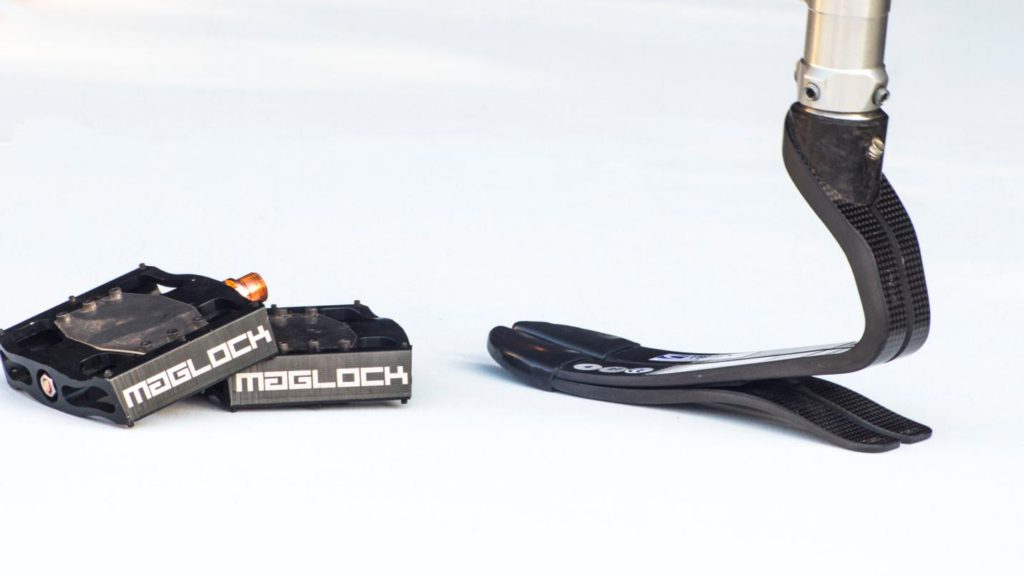 The MagLOCK Bike Pedal works well for lower-limb amputees like Parker. “It’s easier to be able to get in and out of the MagLOCK Bike Pedal because of the magnetic pull it has. When you put your foot on it, the magnet will lock it in place with the metal plate that is on the bottom of the shoe,” says Parker. When clipping out, he pushes his knee outwards, forcing his foot to pronate off the MagLOCK Bike Pedal. “If you get to a rough spot, it’s easy to clip out quick and put your foot down. But at the same time it gives you enough magnetic pull to keep your feet on the pedals, so when you do go off jumps or you want to do those bunny hops, it will keep your feet on the pedals.”

More information is available on the Kickstarter campaign site or the MagLOCK Bike Pedal website.